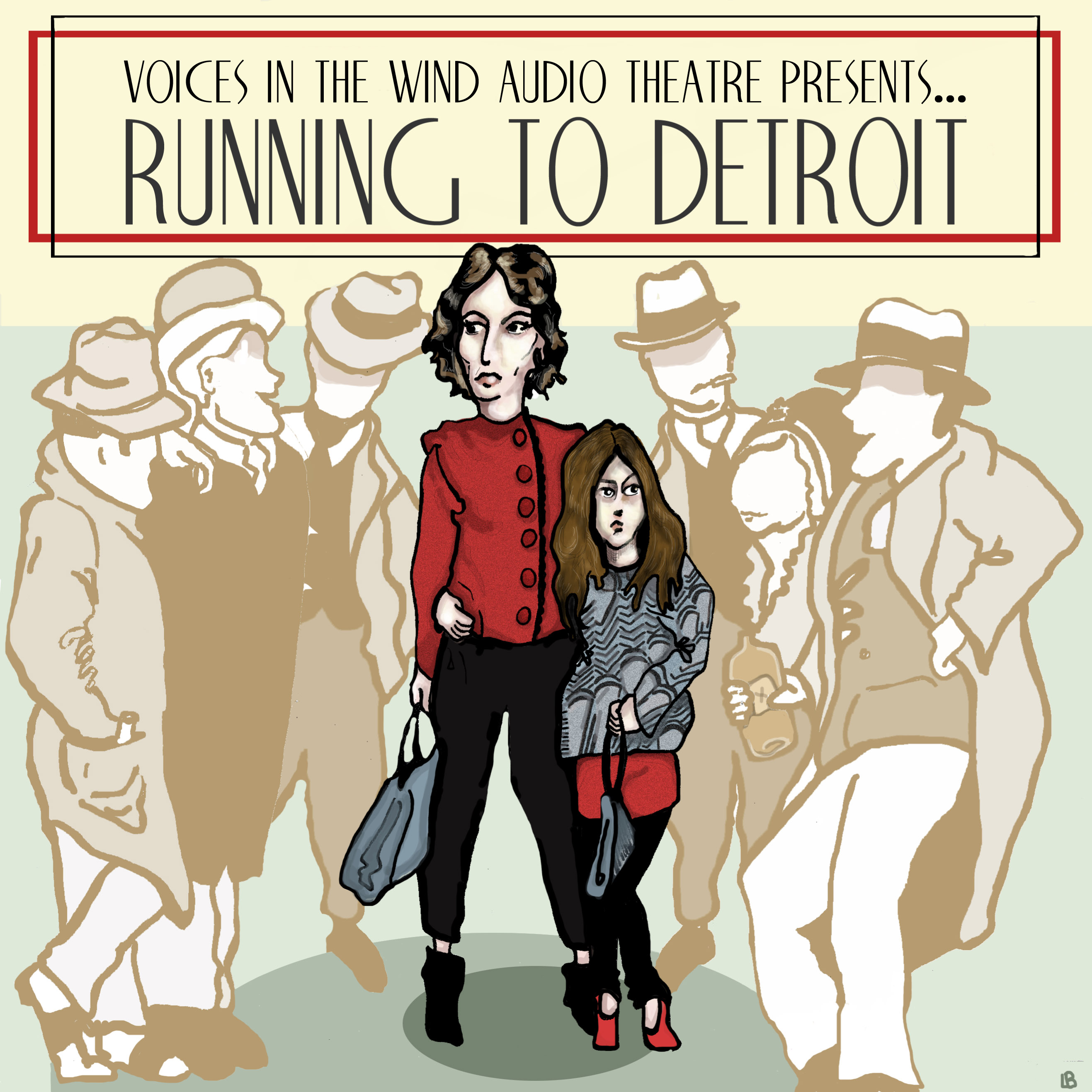 Meg and her Mom Sandra are heading to Detroit to do a little cross-border shopping, and take in a Tigers game. However, Sandra’s passport has expired and they are turned back at the border. An odd encounter on the Windsor waterfront leads them into a wild night of time-travel, rum-smuggling, a near-drowning, hijackers, customs officials thirsty for bribes, and a chance encounter with controversial baseball legend Ty Cobb. The sound effects and music will take you from the present back to the 1920s; a time when ‘heading for the wild west’ meant sneaking into Michigan with a boatload of Canadian contraband.

NOELLE DUPUIS as Sandra (The Mom)

“I had a chance to listen to the show last night – it’s wonderful!  I think it held together really well;… it just clipped along and was engaging throughout. I thought the transitions from scene to scene worked really well – it was always easy to tell where we were, and when a change had occurred, which is one of the toughest areas to solve in radio drama. The acting was great – loved the performances. I won’t center anyone out in particular, though I really appreciated the nice rapport your Meg and Sandra had, and you certainly picked your Meg well! The others were all terrific too, with great humorous cameos. -Dave Carley Senior Writer/Script Editor – CBC Radio National Programming Toronto

“Thanks for the Notice; I got a chance to listen to Running to Detroit and LOVED it! Very well done!” –Dex Trenchcoat, Editor – The Listening Post

“The voice acting is well done and is definitely a story to check out.” -Kenneth Jarman, Audio Drama Examiner

RUNNING TO DETROIT was featured on The Sonic Society Broadcast/Podcast hosted by Jack Ward and David Ault on CKDU 88.1 FM Halifax, Nova Scotia.