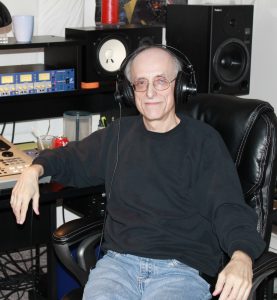 DAVID FARQUHAR – Executive Producer (Chatham, Ontario) – David is the Owner and President of the audio production and publishing company Design Sound Productions Inc and the audio imprint Voices in the Wind Audio Theatre. He is an accomplished Producer, Recording Engineer, and Sound Designer having spent over 15 years producing audio drama programming for broadcast, podcasting, downloading, streaming, and release on CD. His shows have been featured on Blackburn Radio, CBC Radio, The New 99.1 CKXS FM, and on numerous public radio stations across Canada and the United States. In 2008 David was awarded an Ontario Arts Council Grant to conduct an Audio Theatre Production and Performance Workshop for High School theatre arts students in Chatham-Kent. He has worked with noted actors, directors, writers, talent agencies, and studios in Toronto, New York, Chicago, Los Angeles, and London, England. 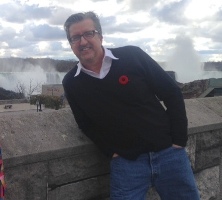 DAVE CARLEY – (Toronto, Ontario) Is one of Canada’s most-produced playwrights, with over 450 productions of his stage and radio plays in Canada, the United States, and many countries around the world. His works for the stage include Midnight Madness, Writing with our Feet, Taking Liberties, Conservatives in Love, and The Last Liberal. His most recent drama, Canadian Rajah, premiered in Toronto in 2019 and is now being adapted for radio broadcast in 2020. His other new works include The Shakespeare Club, which premiered in 2020 and, in progress, Extinction.

Dave was the long-time script editor for CBC Radio Drama and, in that capacity, worked with dozens of writers, as well as completing a number of his own projects. His audio dramas include an adaptation of Margaret Atwood’s The Edible Woman, as well as an homage to the legendary poet Al Purdy, Yours Al. His popular stage play Test Drive began life as a six-part drama starring Gordon Pinsent. Dave has also worked on a number of projects with David Farquhar and Voices in the Wind Audio Theatre.

In addition to his work at CBC, Dave has been play editor at the Playwrights Guild of Canada, where he was the founding editor of CanPlay. He has been playwright in residence at the Stratford Festival, Barrington Stage Company, and the London Public Library. Dave has won a number of awards for his work on stage and radio. His website is http://davecarley.com/ 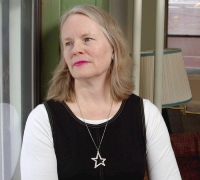 BEVERLEY COOPER – (Toronto, Ontario) Is a writer, dramaturge, and teacher who has written for TV, film, and extensively for CBC radio drama. Plays include The Lonely Diner, Janet Wilson Meets the Queen (nominated, Prix Rideau Award), and If Truth Be Told. Innocence Lost: A Play about Steven Truscott was a sold-out hit at the Blyth Festival in both 2008 and 2009, a finalist for the 2009 Governor General’s Literary Award, was on the Globe and Mail bestseller list, a first for a Canadian playwright, and has had highly acclaimed productions at the National Arts Centre in Ottawa, The Centaur Theatre in Montreal and Soulpepper Theatre in Toronto. Her most recent play: The Other: A Strange Christmas Tale, was produced by 4th Line Theatre. Beverley is trained as an actor and has performed in theatres across Canada.  She holds an MFA in Creative Writing from the University of Guelph. Beverley also directs audiobooks for Penguin Random House.  She is the coordinator of The CASA Project, a charitable arm of the Playwrights Guild of Canada. For Voices In The Wind Audio Theatre Beverley wrote the audio adaptation for Bewitched by Edith Wharton, The Black Cat by Edgar Allan Poe, and co-write the audio adaptation for Emily of New Moon. Her website is: http://www.beverleycooper.com/ 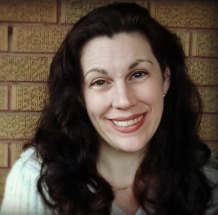 DIANE VANDEN HOVEN – (London, Ontario) – Diane’s credits include: This Above All, winner of Theatre BC’s National Playwriting Competition and The Twisted Land, Honourable Mention, Herman Voaden Playwriting Competition. Her works have been featured across Canada, including the Women’s Work Festival in St. John’s, NFLD. For Voices In The Wind Audio Theatre Diane wrote the audio adaptations for Alice in Wonderland, Snow White, Cinderella, The Wonderful Wizard of Oz, The Geminus Conspiracy – A Cliff Weller Mystery, and Sleeping Beauty.

GEORGE ZARR is an award-winning writer, producer, director, and composer from Manhattan and currently based in Chicago. He is a co-writer, producer, director of the comedy series Visit New Grimston, Anyway, and the international award-winning Little Chills mystery series. He recently wrote and produced the documentary Lincoln in Letters and Music. George is also the writer, director, and composer of the Hans Christian Anderson musical The Bell, the suspense anthology Dark of the Moon Inn, the comedy/musical western Hoofbeats In My Heart, and the four-part comedy Hurry! Hurry! It’s Almost Christmas, all for Voices in The Wind Audio Theatre and Blackstone Publishing.

NOELLE DUPUIS – (Huntsville, Ontario) is currently the executive producer of The First Noelle Productions and a music, drama, and dance educator with Near North District School Board. With her Bachelor of Musical Arts and Bachelor of Education, she has facilitated numerous art workshops for students, including the Ontario Arts Council. Noelle is an accomplished singer/songwriter and member of SOCAN (Society of Composers, Authors, and Publishers of Canada). For Voices in the Wind Audio Theatre, Noelle co-produced a four-half-hour comedy series, Hurry! Hurry! It’s Almost Christmas! and an original musical adaptation of Hans Christian Anderson’s fairy tale The Bell.

Invoke The Theatre Of Your Mind And Listen To An Engaging Audio Story!