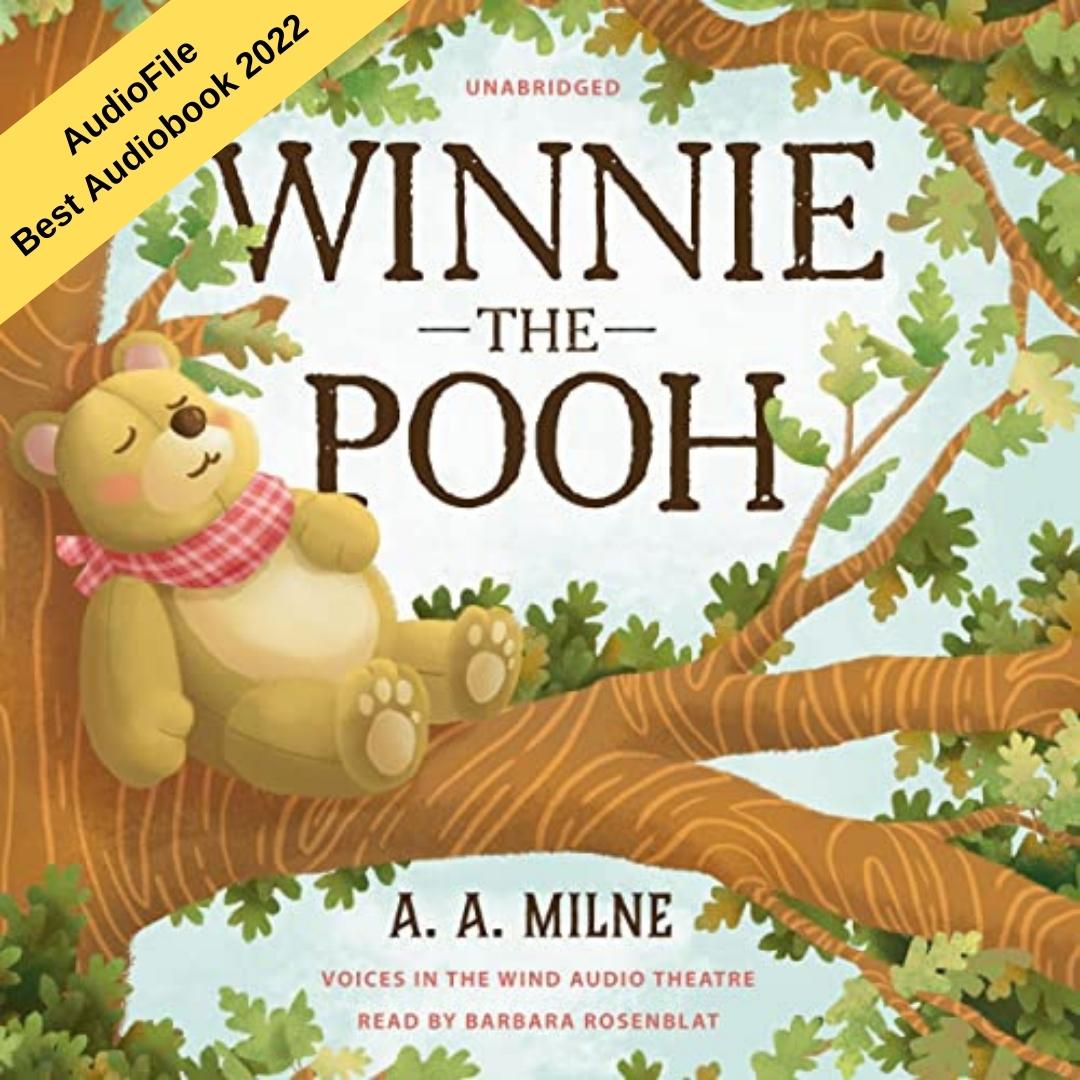 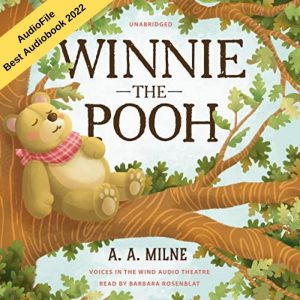 LISTEN TO A PREVIEW NOW!

A delightful adventure is waiting for you in the enchanted Hundred Acre Forest. Come meet Winnie-the-Pooh, Christopher Robin, and their woodland friends Piglet, Rabbit, Owl, Eeyore, Kanga, and Baby Roo as they encounter a Woozle search for Eeyore’s lost tail, meet a Heffalump, and mount an expedition to the North Pole! Along the way, these companions will get into and out of trouble with hilarious results. Winnie-the-Pooh will appeal to children and adults of all ages!

This beloved children’s classic story penned by A. A. Milne is magically brought to life by multi-award-winning voice talent Barbara Rosenblat. Barbara was selected by AudioFile Magazine as one of the Golden Voices of the 20th Century. 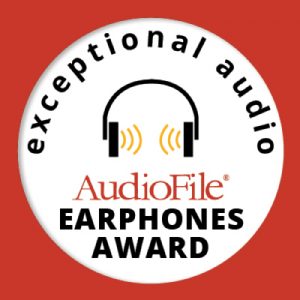 We are thrilled to announce that our WINNIE-THE-POOH audiobook, read by Barbara Rosenblat and directed by George Zarr, has been chosen as one of AudioFile Magazine’s Best audiobooks of 2022. WINNIE-THE_POOH has also received AudioFile Magazine’s EARPHONES AWARD! AudioFile awards Earphones to truly exceptional presentations that excel in all the following criteria; Narrative voice and style, Vocal characterizations, Appropriateness for the audio format, and Enhancement of the text.

REVIEW FROM AUDIOFILE: Children of all ages love the classic and iconic character Winnie-the-Pooh — in many forms, but here as a fully engaging audiobook. Framed as a father telling Christopher Robin and his friend Winnie-the-Pooh stories about their adventures, the stories introduce listeners to Piglet, Eeyore, Owl, Rabbit, Kanga, and Roo. Young children will giggle at Winnie-the-Pooh’s love of honey, the search for Eeyore’s tail, the hunt for a Wozzle, and other fun times in the Hundred Acre Wood. Beautifully narrated by Barbara Rosenblat, this collection of short stories will linger in the hearts and minds of all listeners. She masterfully delights in and embodies wonder, innocence, and imagination. Rosenblat’s tender performance is paced perfectly for young children as they sit cross-legged on the floor or curl up next to their loved ones at bedtime. P.P.C. Winner of AudioFile Earphones Award © AudioFile 2022, Portland, Maine 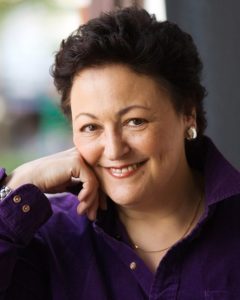 Barbara is one of the most awarded narrators in the business. Barbara was selected by AudioFile magazine as one of the Golden Voices of the Twentieth Century. She has received the prestigious Audie Award multiple times and has earned more than fifty AudioFile Earphones Awards. She has also appeared in Film, television, and theater, both in London’s West End and on Broadway. 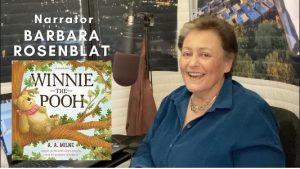 Behind the Mic: Barbara Rosenblat video on recording Winnie-the-Pooh.